The Secrets of
"Time To Get Cereal"

School shootings have become such a normal part of life in town that when a kid dies, the police immediately conclude that some other kid shot him, so it took a while for Yates to look for another reason.

Since ManBearPig is global warming personified, it reflects our undertanding of the phenomenon over the years. On the show, it was a wild idea Al Gore came up with after the 2000 election. He became the town cryer about it, telling anyone who would listen about its dangers, but few took him seriously. Sensationalistic movies about global warming didn't help, either. In 2007 ManBearPig had become part of our collective imagination in Imaginationland, but still not a real-life topic. Now, all these years later, ManBearPig is a real thing in town, killing individuals and eating pieces of them.

"Oh, is it inconvenient now?" - refers to An Inconvenient Truth, the 2006 film by Al Gore about the effects of man-made global warmiing around the planet.

"What you need to understand, Susan, is that everyone has an agenda. Everyone wants to use the fear of a manbearpig to get what they want." - this statement is true in every situation. ManBearPig is another name for bogeyman. Gore's bogeyman is climate change, Trump's bogeyman is an immigrant invasion.

"You were right about ManBearPig." - the message is right, but the way Gore receives it speaks to his lack of humility, especially with what follows - a movie all about his accoomplishments. He still like to point that out.

ManBearPig has the ability to defecate as all three animals, so he has three intestines, one for each animal type.

Al Gore didn't lose any data when the Internet was reset two years ago.

"The Temptation of St. Anthony" is an engraving made by Martin Schongauer sometime in 1470-1479. Here's a painting, made by Michelangelo in 1487-1488, of the engraving 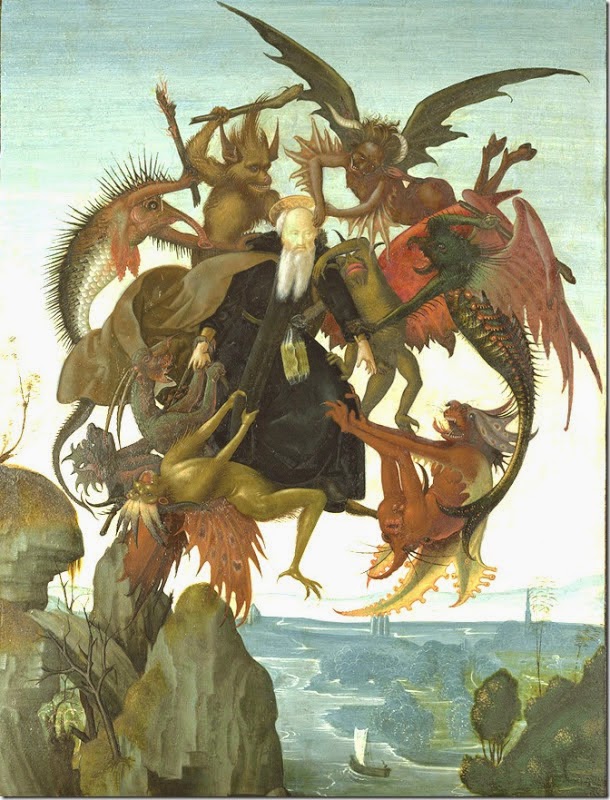 "ManBearPig is so powerful that the only way to get rid of him is to send him back to hell." - which means that he is as real as Satan in the South Park universe, and so can appear in town the same as Satan and Jesus.

Gore passes on the mantle of climate change awareness to the boys, and they realize they're going to face the same ridicule they used to dish out on Gore.